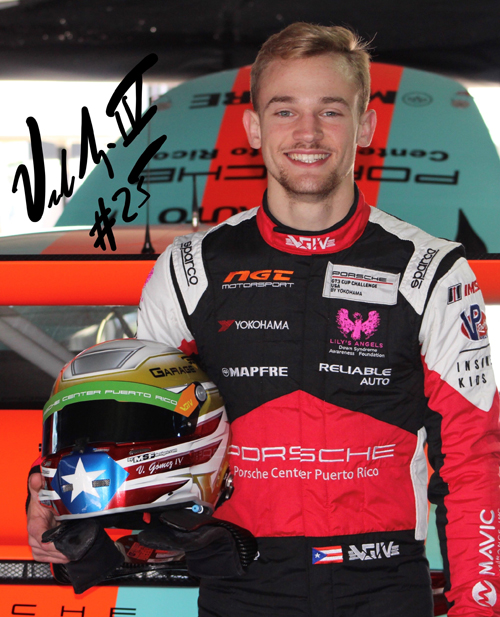 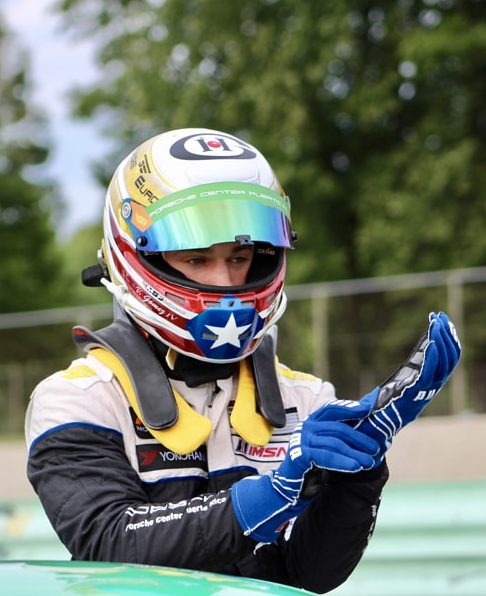 Víctor M. Gómez IV was born and raised in San Juan, Puerto Rico. He began his racing career in 2014 in the Ferrari Challenge Championship at the age of 17, earning in Laguna Seca, California a special achievement award for outstanding performance. In 2015, he participated in the prestigious Pirelli World Challenge, driving a Porsche 911 Carrera GT3 Cup. At the Long Beach Grand Prix, Gomez IV finished third place and won the final championship in the sixth position.

The year 2016 was one full of accomplishments including his debut in the series Porsche GT3 Cup Challenge USA by Yokohama. He is currently a member of the NGT Motorsports Team through which he received the IMSA, Yokohama, and Porsche Motorsport Scholarship from the International Motoring Association (IMSA). This scholarship is awarded to a pilot with no previous experience in the Porsche GT3 Cup Challenge USA and is designed to attract and recognize new talent.

“Víctor developed into a consistent driver with great potential during his second season in a Porsche 911 GT3 Cup car,” said David Pettit, IMSA Vice President, marketing. “We’re pleased with his decision to continue to develop his raw talent and advance his career in the IMSA paddock.”

Said Jens Walther, President and CEO of Porsche Motorsport North America: “Víctor is a promising young talent with a bright future. He’s committed to using all the available tools to develop his skills and craft. Driving for an outstanding team with championship pedigree like NGT Motorsport in the Porsche GT3 Cup Challenge USA by Yokohama is an ideal place for him to succeed.”

Gomez was the third IMSA Scholarship recipient, following Elliott Skeer in 2015 and Michael Lewis in 2014.

“Víctor has shown a deft balance of speed and skill in the early stages of his career. We’re eager to see his progress in this competitive, exciting championship, which is the perfect next step for him,” said Duane Sampson, Yokohama Tire Corporation Motorsports Manager. 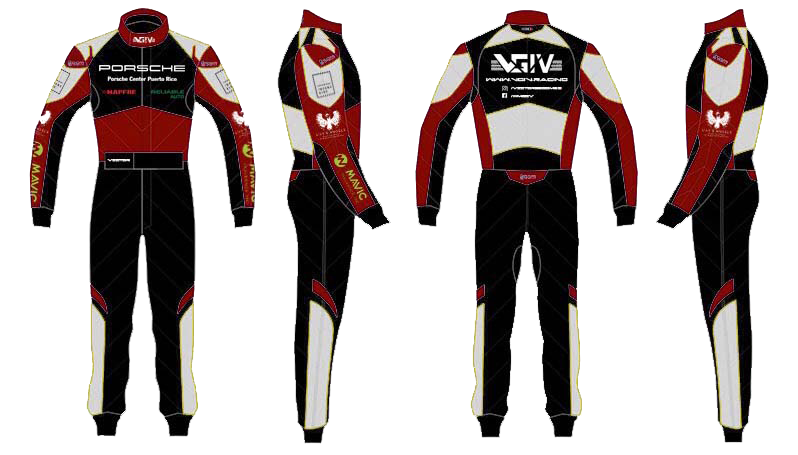